Thursday night may not be your go-to night to enjoy a traditional roast dinner, but Blu Sky has launched their new concept that could tick all the boxes for those looking for something new and interesting in the city.

The recently (re)launched Thursday night carvery roast, runs alongside the solid 12-hour Happy Hour from 12pm – 12am (7 days a week), and features DJ Chris Smith from 9pm until late, spinning the best from 60s mo-town, to 90 dance, and 2000’s indie.

The food offering has always been strong at Blu Sky, but their carvery concept offers incredible value, and stand-up food at the same time. Offering all the usual trimmings for a solid ‘British’ roast dinner (yes there is Colman’s Mustard, and Yorkshire Puddings included), there is also plenty of other food options for you to choose from too. Blu Sky ‘Pub Nibble’ favourites, such as the sticky BBQ chicken wings, fish goujons, jalapeno poppers and sausages with onion gravy. 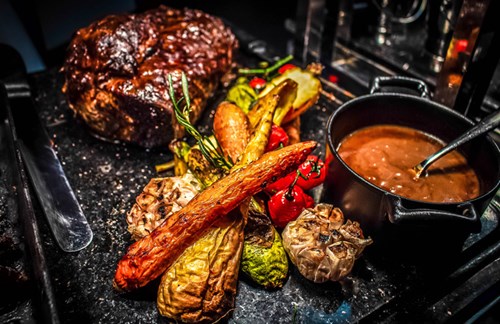 There’s plenty of other food options to cater to all tastes when we visited there was two meats of meat to choose from, the South African Rib Eye, and Duck. The Curry Board section with ‘make your own’ Bunny Chow was a nice feature and a nod to Southern Sun’s South African roots. 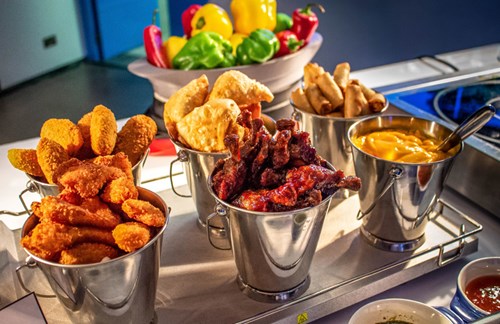 In summary, Blu Sky continues to push out great food, and the Thursday Carvery is no different. Priced at AED 99 per person, and with Happy Hour running until midnight, I think we have found one of the best deals in the city.